Thousands of visitors to the first year of the Bosch Fresh Festival, including a professional panel of judges, voted for the best restaurant in Northern Bohemia at the weekend. Of the 10 competitors, the title of the North Bohemian Restaurant in the region was won by the Benada Restaurant at Clarion Grandhotel Zlatý Lev. The restaurant, under the guidance of head chef Robert Sklenář, entered the competition with a three-course menu comprising marinated salmon with fermented beet on herb toast; stuffed veal shoulder with pistachio-rhubarb cream, demi-glace and mashed potatoes; chocolate sauce with fruit confit, raspberry-beet sorbet and gingerbread-almond crumble.

“Several interesting restaurants participated in the festival, whose quality and gastronomic skills were a pleasant surprise to me. Winning first place in such a competition is a great success. I am glad that we could present the culinary skills of our cooks to the general public and prove that we offer top-class gastronomy also in Liberec. For us, this is confirmation of the quality that we strive for, and of course a great commitment for the future,” said Miroslav Souček, Director of the Clarion Grandhotel Zlatý Lev, commenting on the success.

The festival programme offered tasting sessions of local restaurants, breweries, wineries and local foods. The visitors could enjoy classic and non-traditional gastronomy, a live culinary show and cooking workshops. Robert Sklenář of the Benada Restaurant opened the Saturday programme with live cooking on the main podium and presented an appetiser of marinated salmon with potato-lime sauce, Jerusalem artichoke and breadcrumbs with wild garlic; the main dish was duck breast with vegetable ragout. This was followed by a performance by one of the major stars, Zdeněk Polreich; during the Sunday programme, star chefs Marcel Ihnačák and Radek David also shone.

Apart from the North Bohemian Restaurant of the Region, the entire weekend was also permeated by the Regional Food of the Liberec Region project, in which the attending cooks and apprentices from local hotel schools and vocational schools also participated and prepared meals from the products and raw materials that won local awards. 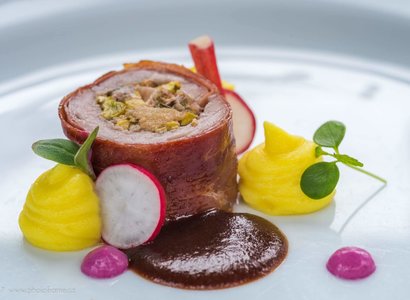 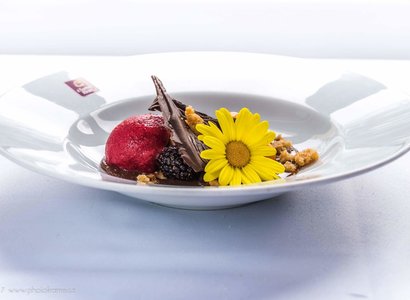 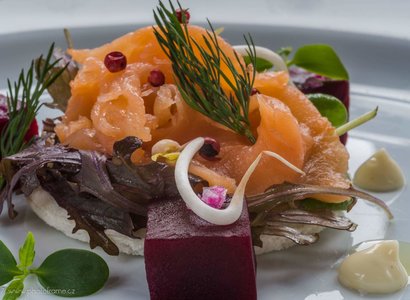